An area of 80x40x5 mm was cut off from the neck part to obtain the desired strength for the tuners. A strip of 540x40x8 mm beech was used for the fret board. Two triangles were cut off from the base support for easy tuners access. A cavity was drilled and routed for a volume potentiometer and the out jack was installed in the bridge part.

The scale length was aimed at 27.5 inches (700 mm). The fretboard was glued on the neck piece and slots were cut as indicated in the table below. Normal diatonic fretting was used (including the 6+ fret).

The neck was bolted on the base support and the 3 string pick-up was placed at the end of the neck. 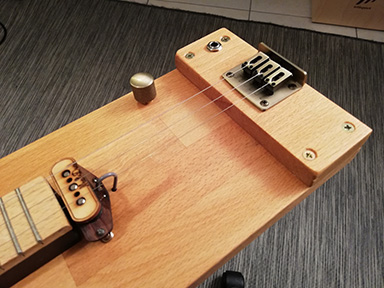 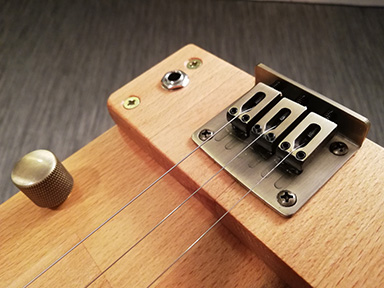 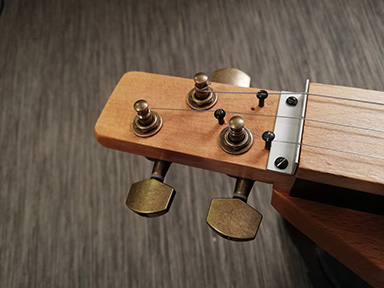 The dulcimer was treated with hard wax oil. Rubber door stops were added so the dulcimer can be placed on the floor for storage. 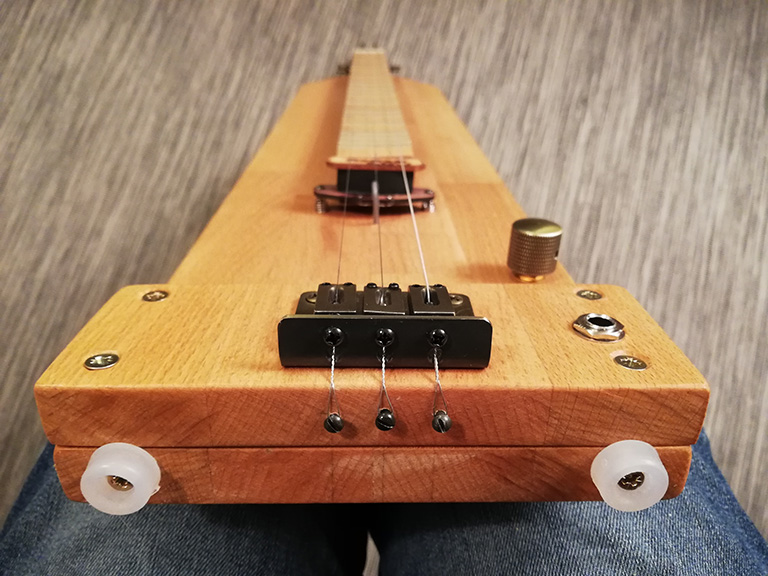